Whether it’s to upgrade from your current device or finally start that workout program you’ve been meaning to get into, a new fitness tracker can help you stay on target and these are some of the best trackers you can find.

With the holidays now over, a fitness tracker might be just the ticket for staying in or getting back into shape. They’re designed to help you reach your fitness goals, and most of them do a pretty good job at it.

There are tons of fitness trackers out there though. Amazon is swimming in them. How do you separate the ones you should consider from the ones that aren’t worth your time?

That’s what this guide is here to help you do. We’ve picked the best fitness trackers to help you meet your fitness goals in 2022. 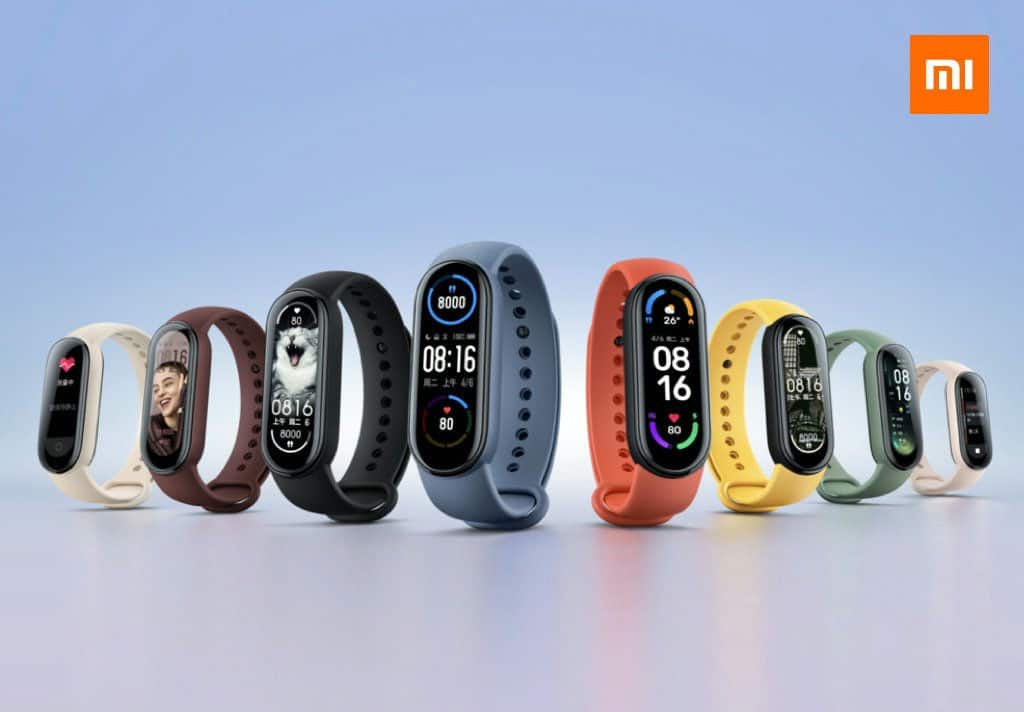 The Mi Band 6 is another one of those trackers that’s great to have if you just want something simple yet functional. It’s stylish to the point that you can swap the band color out for a decent amount of options, and it does just the necessary basics when it comes to features.

While it won’t be as feature-packed as something like the Fitbit Charge 5, it also usually costs under $50. Which is less than of what the Fitbit Charge 5 costs. So there’s a huge incentive there to consider this over other trackers.

It’s capable of smartphone notifications, it has an Sp02 sensor, 30 different sport modes, and it can last for up to 14 days on a single charge. For those that don’t need a lot out of their tracker, this is a win/win. 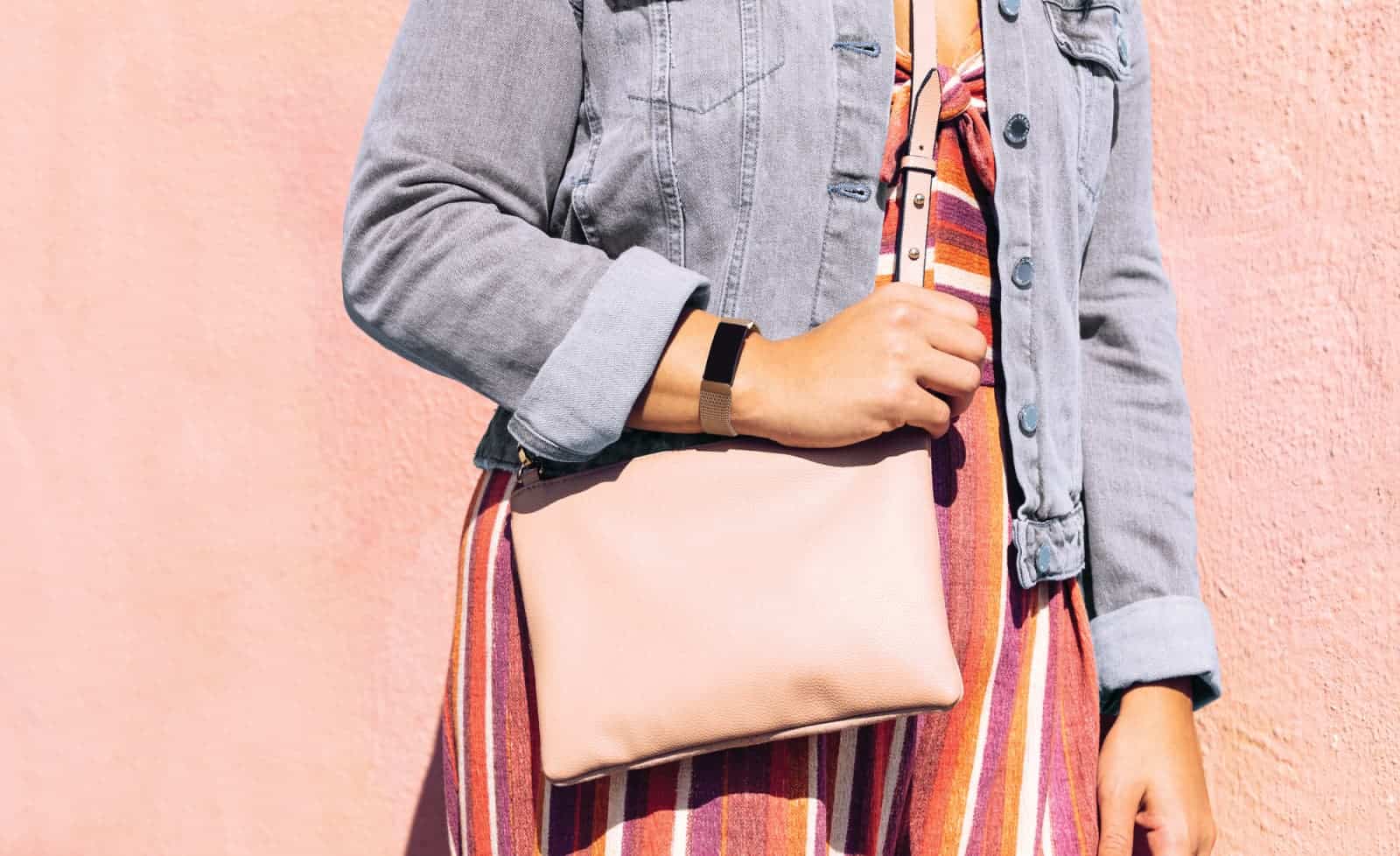 If you’re looking for a tracker that will suit the majority of users, then the Inspire 2 from Fitbit is one you should consider. It’s Fitbit’s latest tracker in the entry level offering tier.

Featuring a big enough display for easy visibility of your activity data, time, and more as you wear the tracker during workouts or just daily life. The Inspire 2 features Fitbit’s popular Active Zone Minutes feature to help keep you motivated.

As you go through the day, any activities you do that get your heart pumping will rack up these minutes. Walking, running, and anything else really where you’re moving around should count. Then as the week ends Fitbit can tell you if you’ve reached your weekly goal.

The Inspire 2 also tracks sleep, and it has 24/7 heart rate tracking. This time around there’s also no HR version because the heart rate sensor is just built into the standard model. 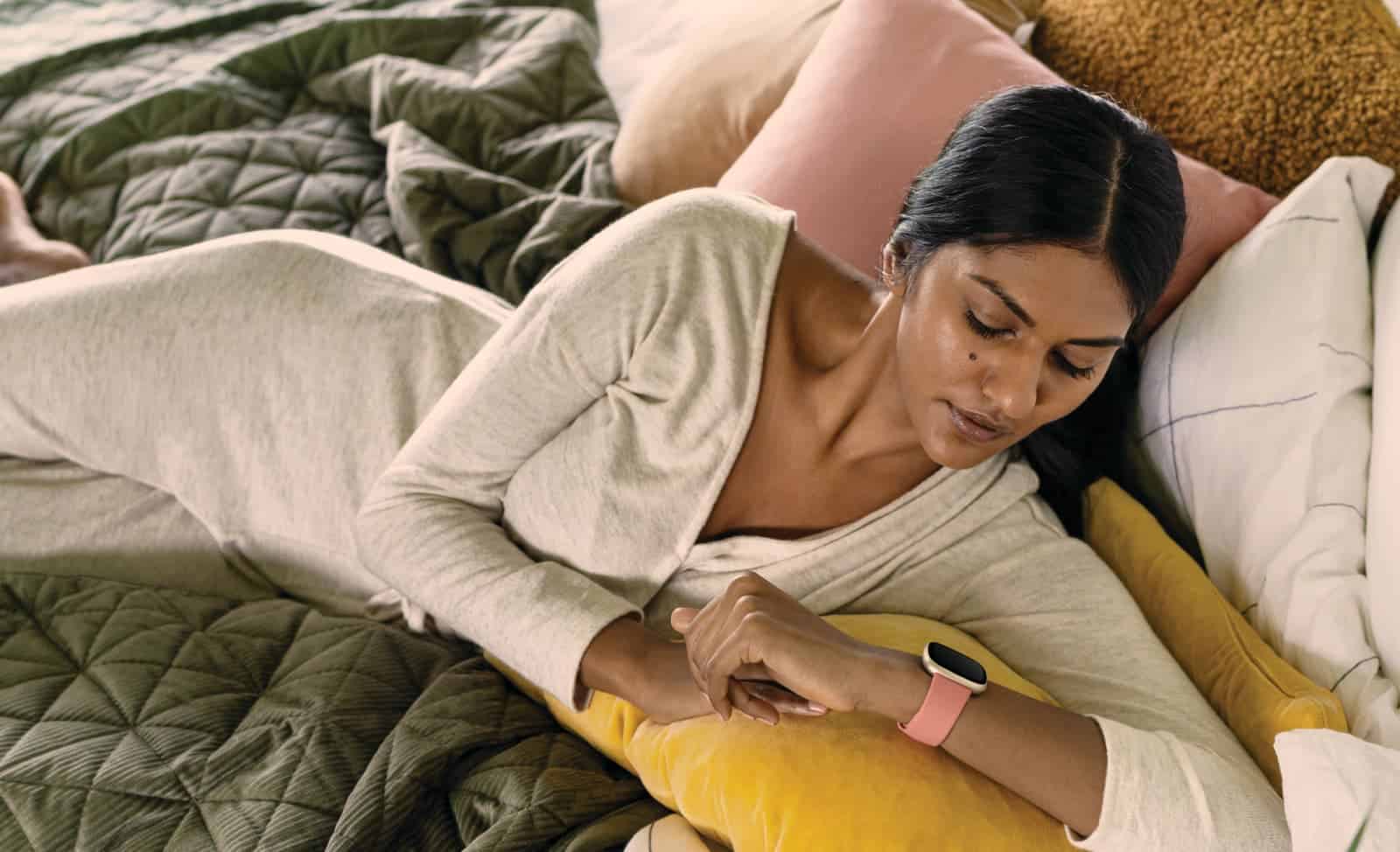 Moving up from the Inspire 2 is the Versa 3. Which is really more of a smartwatch but can work just fine as a tracker too. In fact it does everything the Inspire 2 does and more.

That increase in features does come at a cost though as this is double the price of the Inspire 2. So that’s worth keeping in mind. That being said, the Versa 3 is packed full of useful tools to help keep your health and wellness on track.

Whether you need the Active Zone Minutes, the smartphone notifications, or the 90-day trial to Fitbit Premium, the Versa 3 is equipped to assist. It even has integration with Google Assistant and Amazon Alexa. 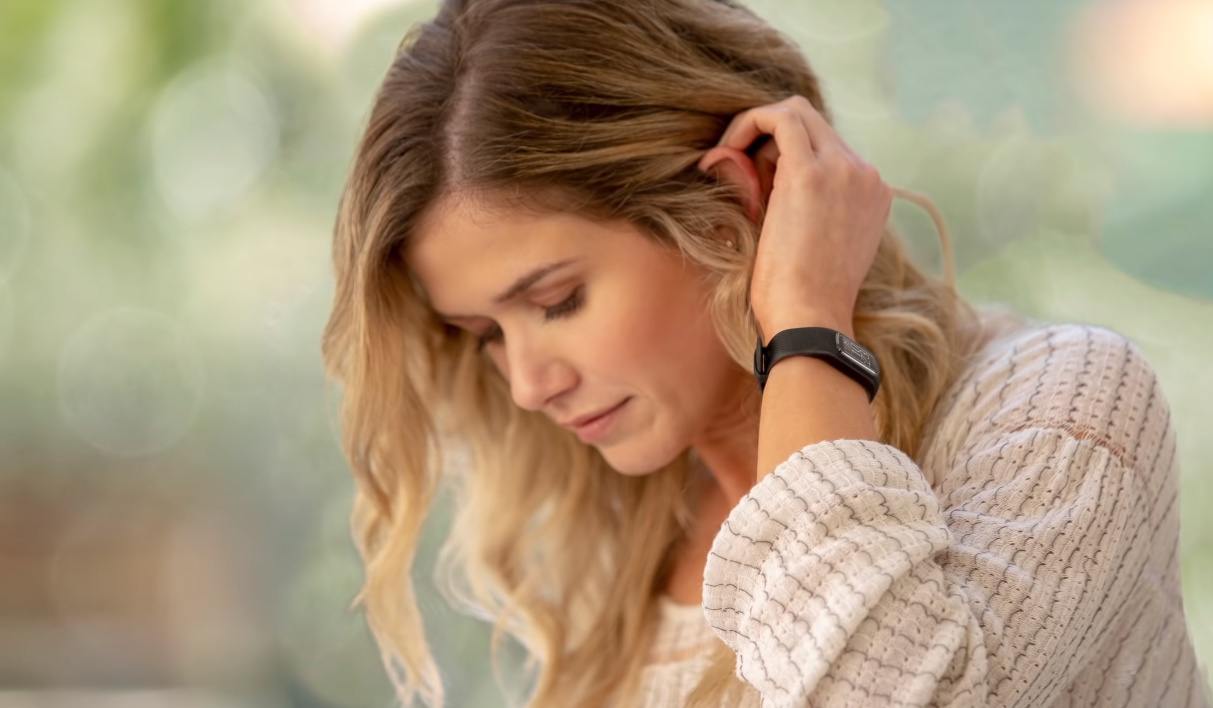 The Garmin Vivosmart 4 is a little bit of an older tracker as it was officially released in 2018, but when it comes to Garmin this is the latest tracker the company has released that isn’t a full-on watch.

It’s also still a very capable tracker with all the necessary fitness-related features you’d need for keeping track of your exercise.

It comes with built-in Pulse OX sensor as well so you can measure your blood oxygen saturation levels, if that’s a feature you were looking for.

Garmin offers this device in a range of different color options just in case you wanted something other than the standard black model. And as long as you’re not using the Pulse OX sensor, the battery should last up to seven days. 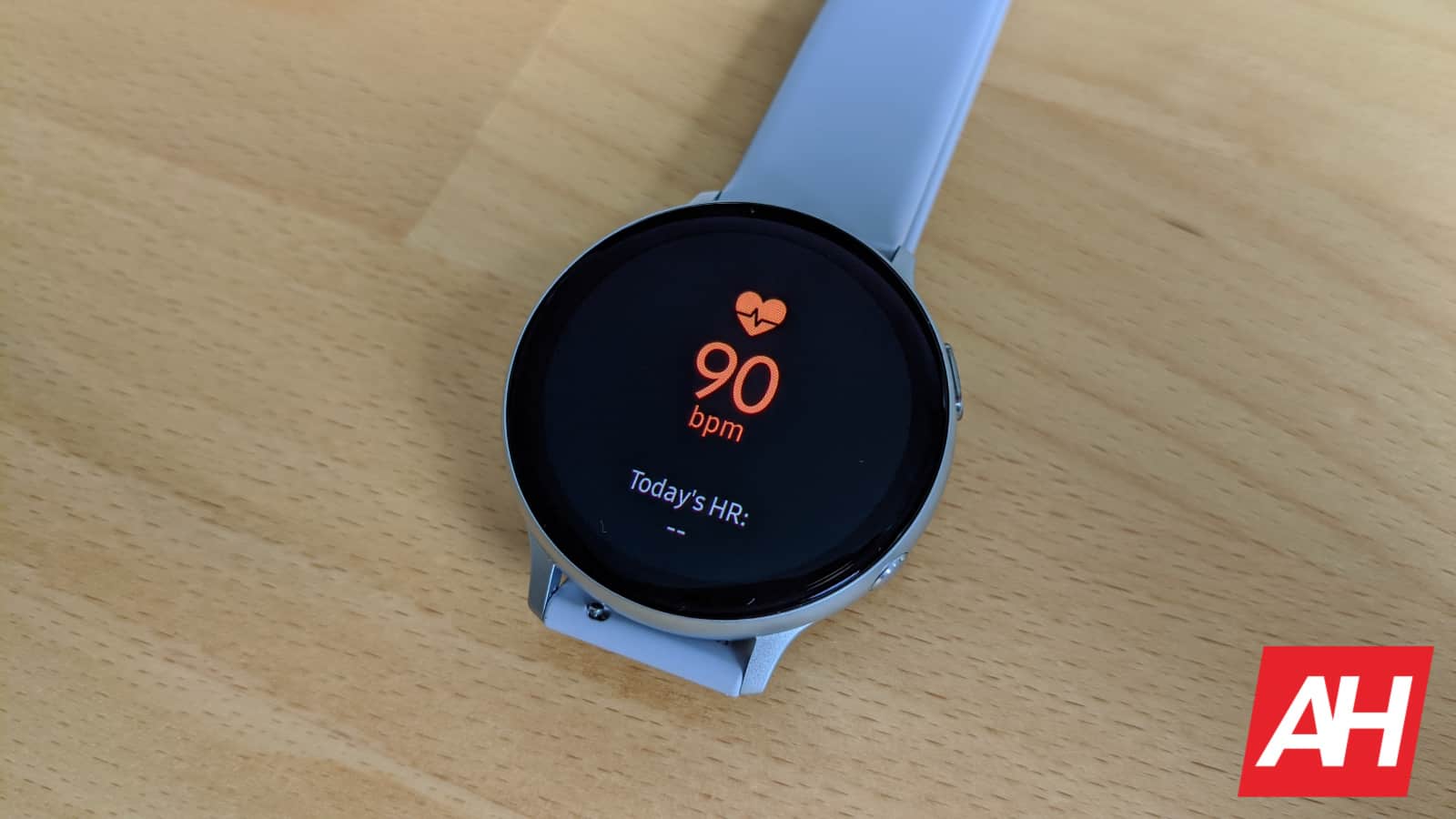 In the market for a smartwatch that has fitness tracker features? Look no further than the Galaxy Watch Active 2.

We thought it was a great smartwatch and consider it the only smartwatch you should buy. If you want the best, Samsung has you covered.

From a simple and sleek design to meaningful and functional features like advanced sleep tracking and the touch bezel, the Galaxy Watch Active 2 is the perfect companion to anyone who wants to get into shape.

It can measure your stress levels too. Which is important if you have a busier life with a hectic schedule. Not to mention it’s comfortable. And it comes in a few different color options, with the added benefit of swapping out your band for something more stylish if the event calls for it.

Want to swap out your watch face? It can do that too. You can even take pictures and easily add those as your custom watch face through the companion app. 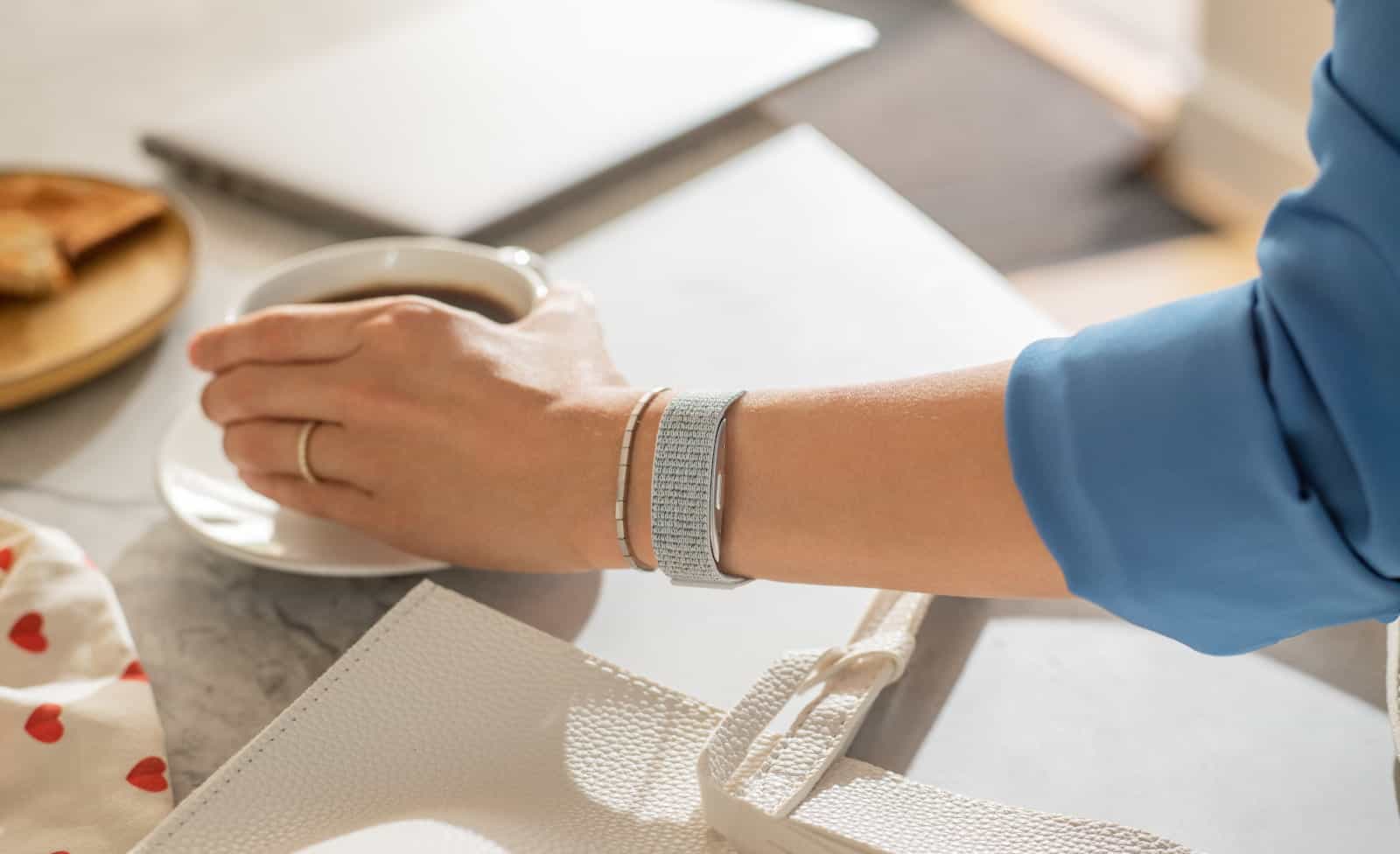 Amazon’s Halo tracker is one of the new kids on the block here. And it comes in at a pretty decent price.

What separates the Halo from other trackers on this list is its ability to recognize your tone when you speak. It then uses this data to tell you how you sound to others. For instance it can tell you if you sounded angry during a certain conversation at some point in the day.

It also tracks sleep, steps, and other activities. Though, it doesn’t have a display to interact with so all of the data it picks up from exercise and daily stuff is visualized in the companion app.

So this might be the perfect tracker for someone who doesn’t want yet another screen to have to interact with. 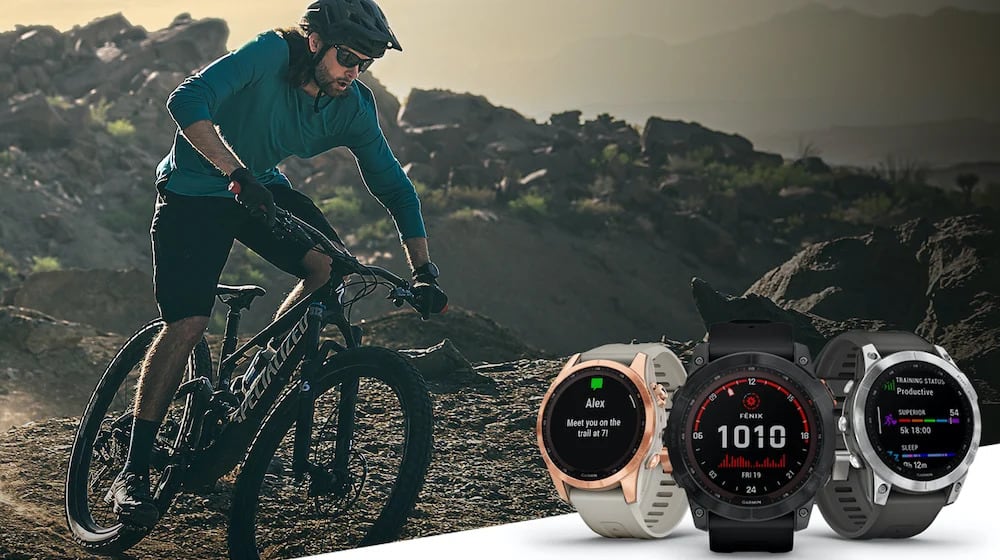 Most of the trackers on here are priced at a relatively affordable cost. None of those are the Fenix 7 series from Garmin though.

This is a premium multisport GPS watch and is the tracker to buy if you want the best of the best with nearly every feature under the sun.

The Fenix 7 comes in a series of different models, each having something a little different. They’re relatively close in features though.

For example all of them offer Garmin Pay so you can make mobile payments, Meanwhile the Fenix 7x Sapphire Solar allows you to charge the battery with solar energy. Meaning you can charge it as you wear it outside during exercises and adventures. So long as there’s enough sun around to provide the energy it needs.

The Fenix 7 series also offers mapping features, music integration, and PacePro technology for grade-adjusted pace guidance during your runs and outings. You can track your heart rate and measure your blood oxygen saturation levels too thanks to the integrated PulseOX and Heart Rate sensors.

The price for this one is steep. But if you’re serious about your fitness and want something that offers features that you won’t find elsewhere, the Fenix 6 is where to look. 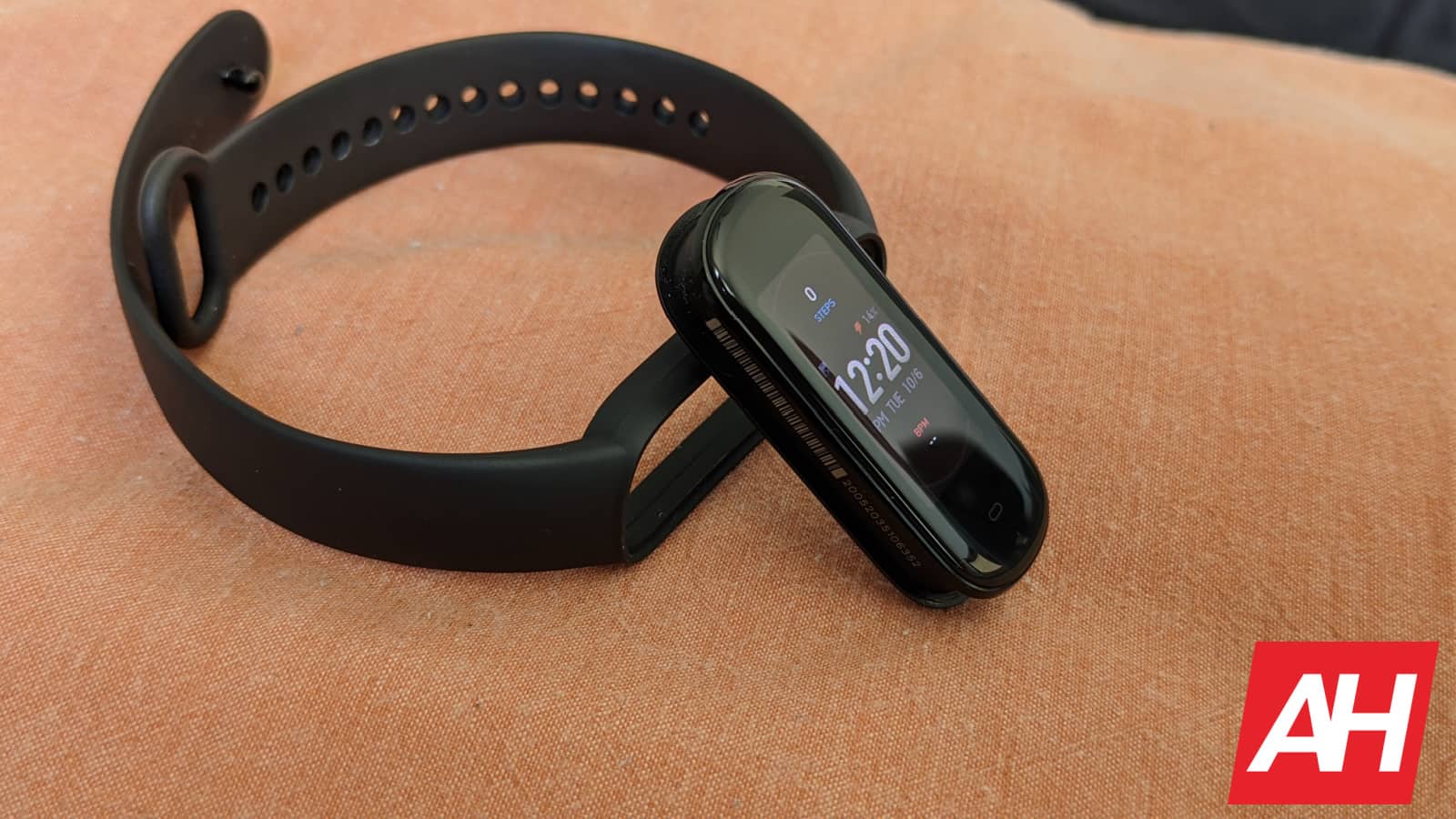 The Amazfit Band 5 is the tracker to go for if you want something that won’t cost you an arm and a leg. There is no other budget tracker worth buying because this is the best one there is.

It has a big AMOLED display that shows off important data like step counting, heart rate, the time, smartphone notifications and more. The tracker even has Alexa built-in so you can use the tracker to not only ask Alexa questions, but control smart home appliances and devices like smart ovens, lights, or thermostats.

It also features blood oxygen saturation monitoring and you can customize the face with tons of different available options to choose from. And one of the best fitness trackers on this list. 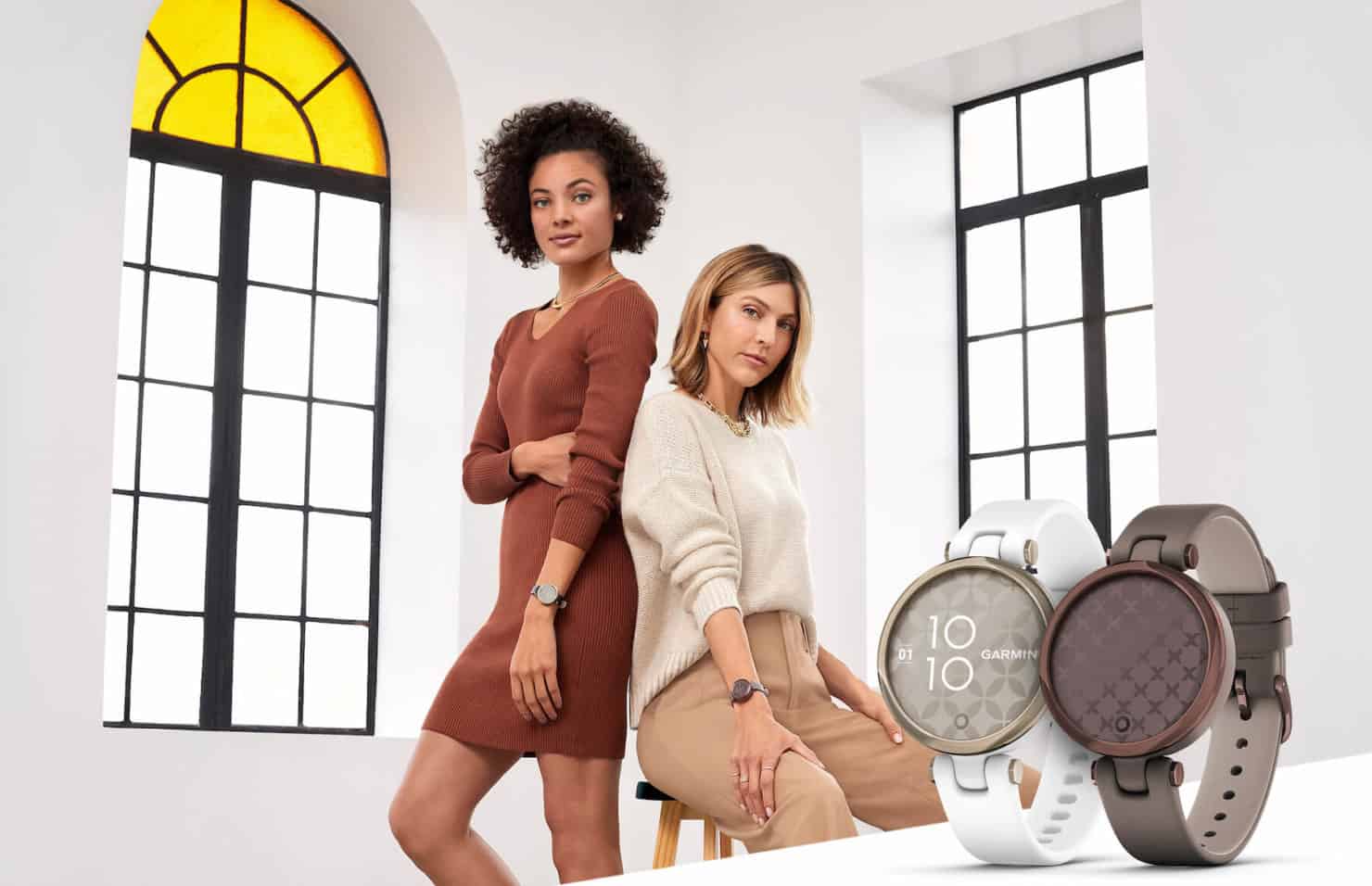 The Garmin Lily is the perfect tracker for anyone that doesn’t want a fully-fledged fitness tracker or smartwatch on their wrist. It offers some of the more staple features you’ll find in most trackers like blood oxygen saturation tracking, heart rate tracking, and GPS while looking like a more traditional watch.

Because of the more traditional style it also more easily fits in with just about anything in your wardrobe. It comes in a variety of colors as well, and can even track stress, hydration, sleep and more. 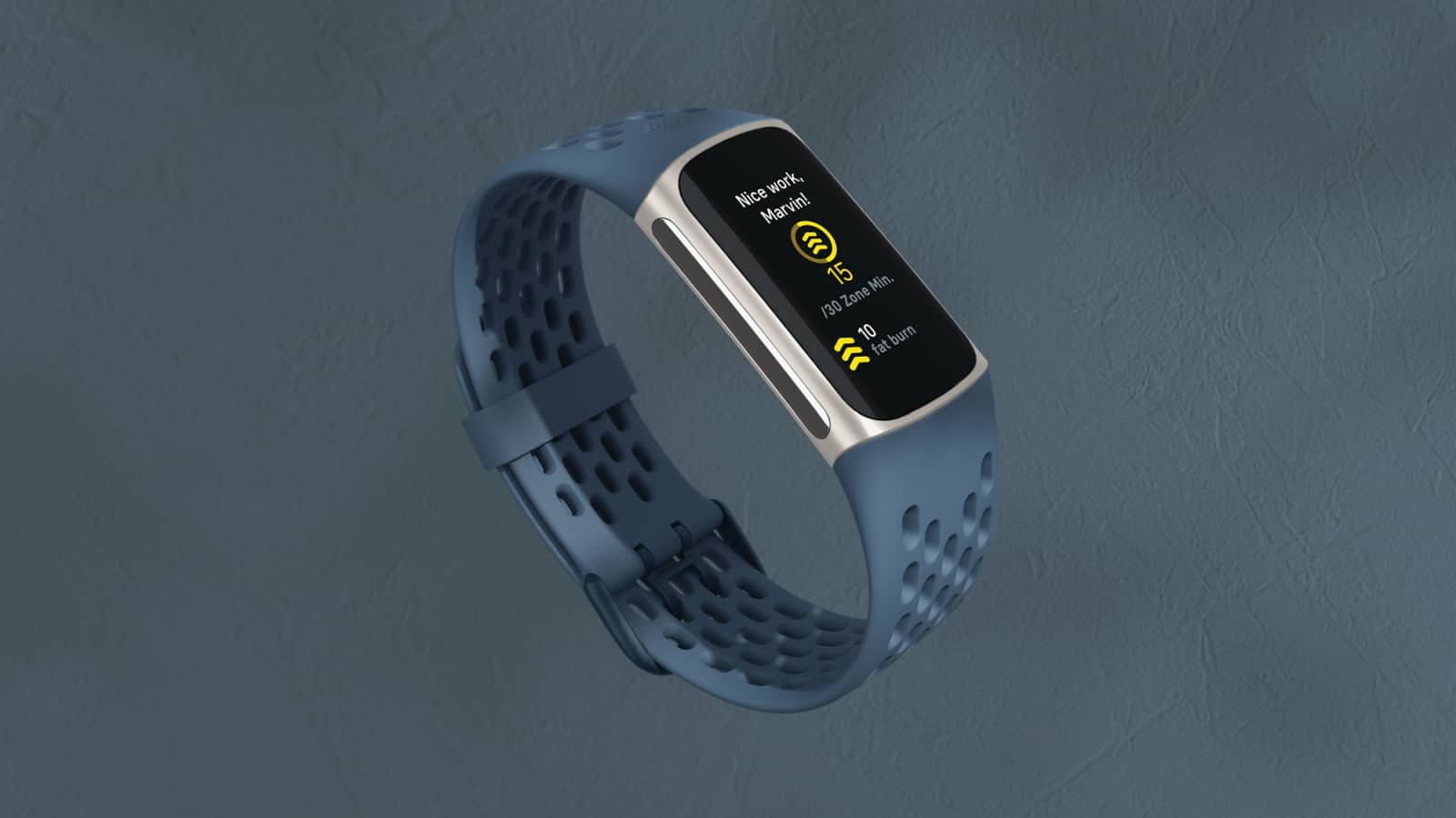 The Charge 5 is Fitbit’s latest tracker in the long-running line of this model, bringing a few notable improvements to the table. Such as the all-new color OLED touchscreen, sensors on the sides of the tracker, stress management features, built-in GPS and more. It also comes with a free 6-month membership to Fitbit Premium. Which is a pretty good thing to have if you get invested in using this tracker every single day.

It’s also got silent alarms with Smart Wake, and a lot of the typical stuff like heart rate tracking, smart notifications, and sleep tracking. There’s plenty of band options for customization of the style too. Overall this is one of the best fitness trackers out there and Fitbit’s best to date.