The Galaxy Z Flip 3 was quite a popular smartphone for Samsung, and the Z Flip 4 is expected to be a more refined version of it. In this article, we’ll talk about various aspects of the device, as quite a lot of information surfaced thus far. This is the Galaxy Z Flip 4 preview article of sorts, based on rumors and leaks. That being said, let’s get started.

This article will be regularly updated with new information on the Samsung Galaxy Z Flip 4 (this is a preview article) — both official teasers and credible leaks, rumors, and insider claims — as it becomes available in the run-up to the release of the upcoming Android smartphone. The last update was made on July 5, 2022.

The Samsung Galaxy Z Flip 4 will look somewhat similar to its predecessor, but with some changes. Its CAD-based renders and real-life images already surfaced (both leaks shown in galleries below), so we know exactly what to expect. It will be a bit more squarish than its predecessor, thanks to flat sides. Samsung will make a similar change in that regard as it did to its Galaxy S22 series. The Galaxy Z Fold 4 is getting the same change, to make the design consistent.

We’ll still get the two-tone design on the back, as the part where the cameras and secondary display are located will be black-colored. A side-facing fingerprint scanner will once again be a part of the package, and will double as a power/lock key. The volume up and down buttons will also sit on the right side. A Type-C USB port will sit at the bottom of the phone, along with its main speaker.

It is worth saying that the Galaxy Z Flip 4 will offer a narrower hinge than its predecessor, which is a good thing from the design standpoint. The phone’s display crease also surfaced, showing us that it will be less visible than on the Z Flip 3.

You’ll get two cameras on the back once again

Two cameras will be included on the back, and will once again be vertically-aligned. An LED flash will be located below them. Next to those cameras, you’ll get the secondary display. The phone will be made out of metal and glass, while it will be a bit smaller than its predecessor. It will be slightly shorter, narrower, and a bit thicker. The difference will be almost negligible in all categories, though. The Galaxy Z Flip 4 is tipped to measure 165.1 x 71.9 x 7.2mm, vs the Galaxy Z Flip 3’s 166 x 72.2 x 6.9mm.

We are also expecting a different hinge to be implemented here, to decrease the crease on the phone’s display. We’re still not sure if it’s coming, though. You can expect it to offer water resistance, by the way.

The Galaxy Z Flip 4 will, of course, ship with improved internals, and its specs did leak already. The Snapdragon 8 Gen 1+ is said to fuel this handset. That is Qualcomm’s upgraded Snapdragon 8 Gen 1, manufactured by TSMC. It will offer slightly better performance, and better battery consumption. On top of that, you can also look forward to better thermals. It will likely utilize 8GB of LPDDR5 RAM, and arrive in 128GB and 256GB (UFS 3.1) storage options. The 512GB storage model was also rumored, and a Korean agency basically confirmed that it’s coming. Does that mean the 128GB storage variant may not be available? Well, that’s unlikely, we’ll likely get all three.

Its cover display will be larger 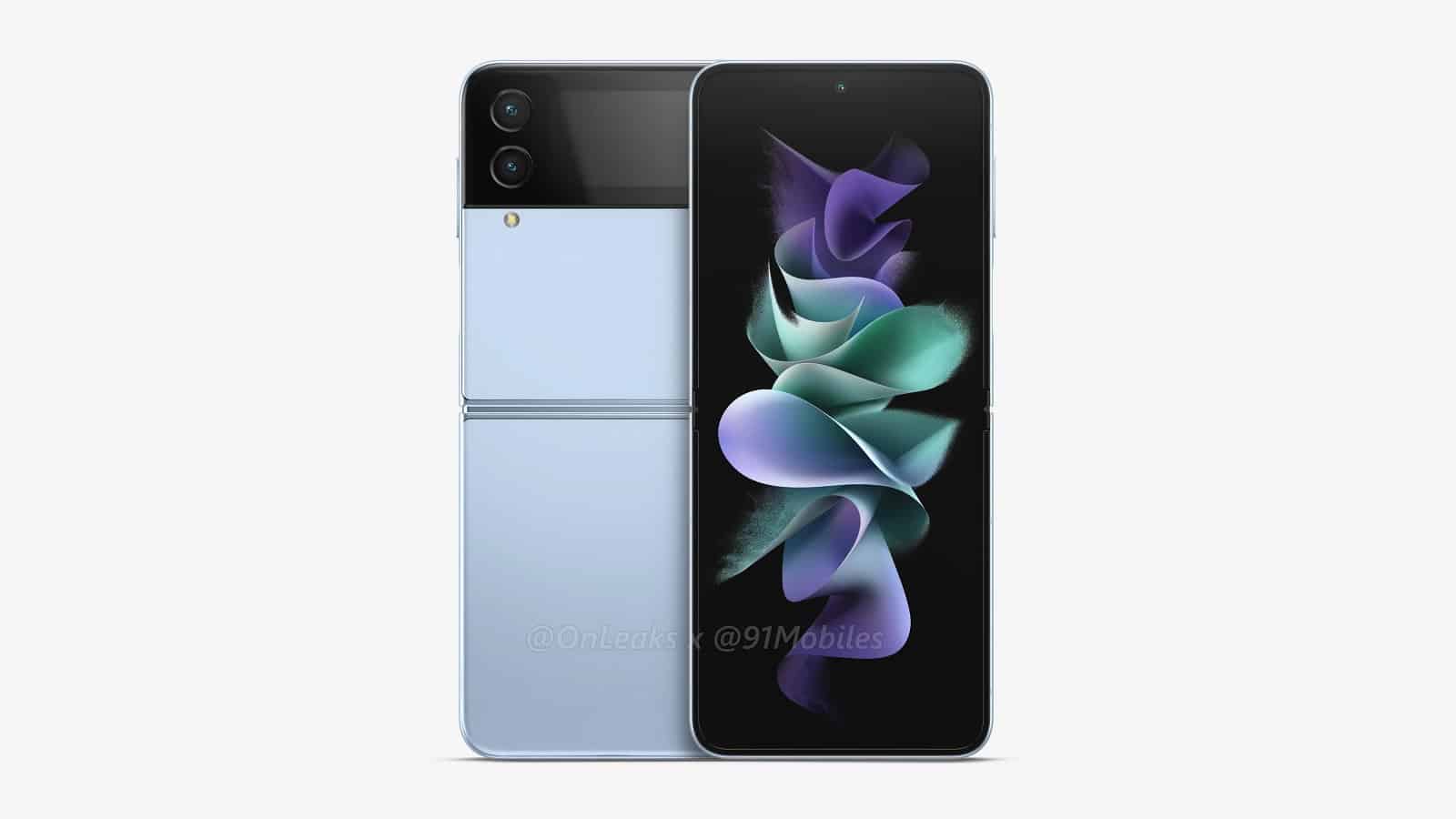 What about its displays? Based on the information thus far, its main display will retain the same size, but its cover display will be larger. Its cover display is said to be “at least 2 inches large”, while the panel on the Z Flip 3 measures 1.9 inches. That cover display is said to measure 2.1 inches. Regarding its main panel, you can expect to get a 6.7-inch display. It will likely offer fullHD+ resolution with a 120Hz refresh rate. Yes, it will be an AMOLED panel. The secondary display will also utilize an OLED panel, but it will likely be a 60Hz display. Both panels will be flat.

The Samsung Galaxy Z Flip 4 is expected to utilize a 3,700mAh battery. That is a considerable upgrade from a 3,300mAh battery pack included inside its predecessor. This information is quite accurate, by the way, as a reliable tipster seems to be entirely sure. What about charging? Well, you can expect an improvement in that regard. The Galaxy Z Flip 4 is said to offer 25W fast charging, improved from 15W charging on the Z Flip 3. In regards to wireless charging, you can expect 10W support.

The Z Flip 4 is said to include three cameras overall

The Galaxy Z Flip 4 is expected to launch in August 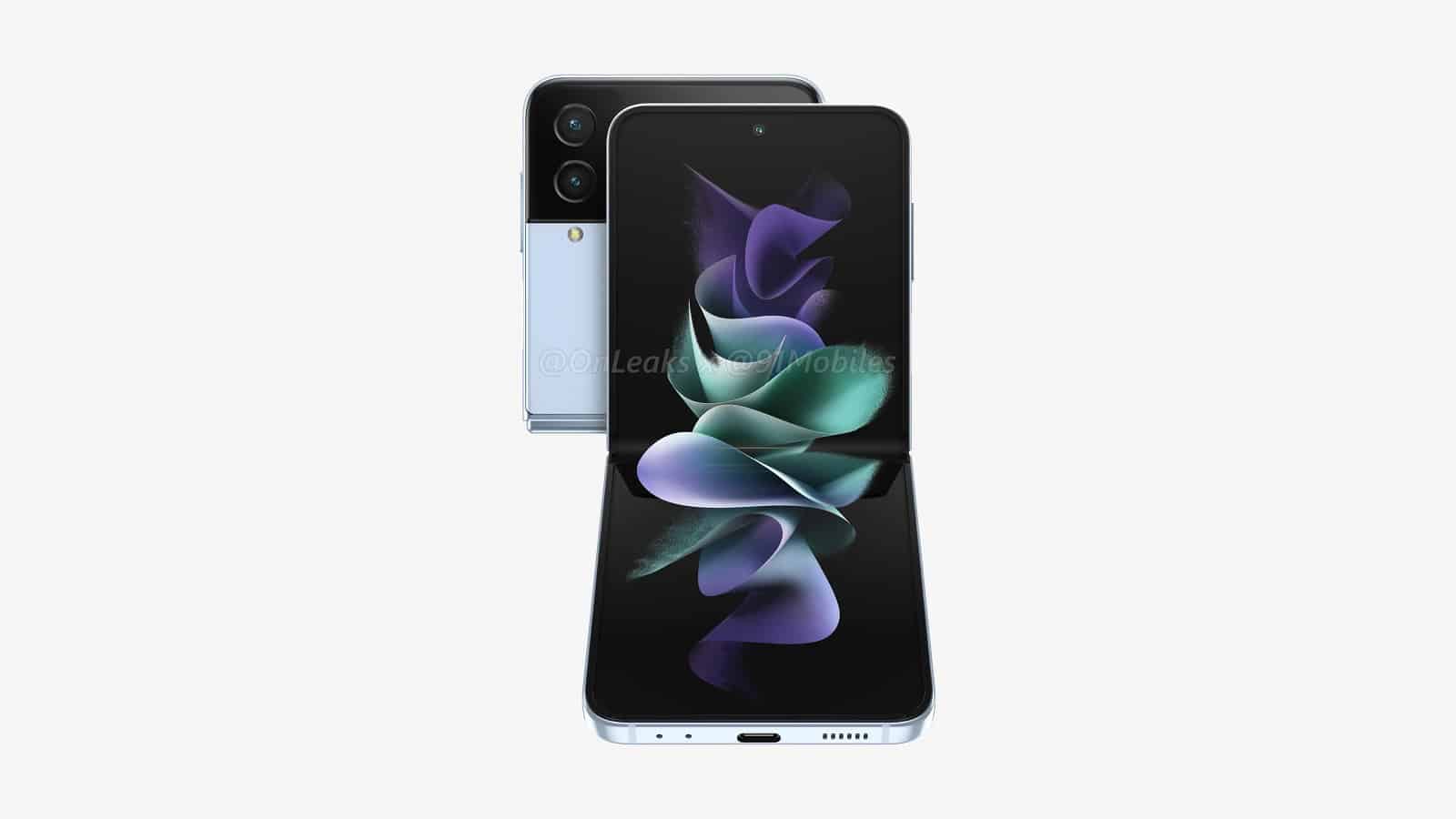 The Samsung Galaxy Z Flip 3 arrived in August last year, and its successor will likely also launch in August. In mid-May, it was reported that the production of parts for the Galaxy Z Flip 4 started. Samsung is allegedly planning to start mass-producing the Galaxy Z Flip 4 units in June, or July at the latest. That definitely indicates the August launch for the company’s new clamshell foldable.

On top of that, a well-known tipster said that the Galaxy Z Flip 4 will go on pre-order on August 10. That’s likely when the launch event will take place as well. The device is said to go on sale on August 26, by the way. The Galaxy Z Flip 4 will allegedly launch in 9 color options. Black/green/green, Gold, Gold/Yellow/White, Gold/Yellow/Yellow, Gray, Light Blue, Purple, Silver/Navy/Navy, and Silver/White/White colors have been mentioned. Samsung will have fancy names for those, of course.

It may cost less than the Z Flip 3

The Galaxy Z Flip 4 color options were also revealed already. The device will arrive in Gold, Gray, Light Blue, and Light Violet color options. Samsung will undoubtedly have fancy names for those color variants, of course. What about the price, though? Well, a well-known analyst indicated that both the Galaxy Z Flip 4 and Z Fold 4 may get price cuts compared to their predecessors. We do hope that will happen. As a reminder, the Galaxy Z Flip 3 was priced at $1,000 at launch.